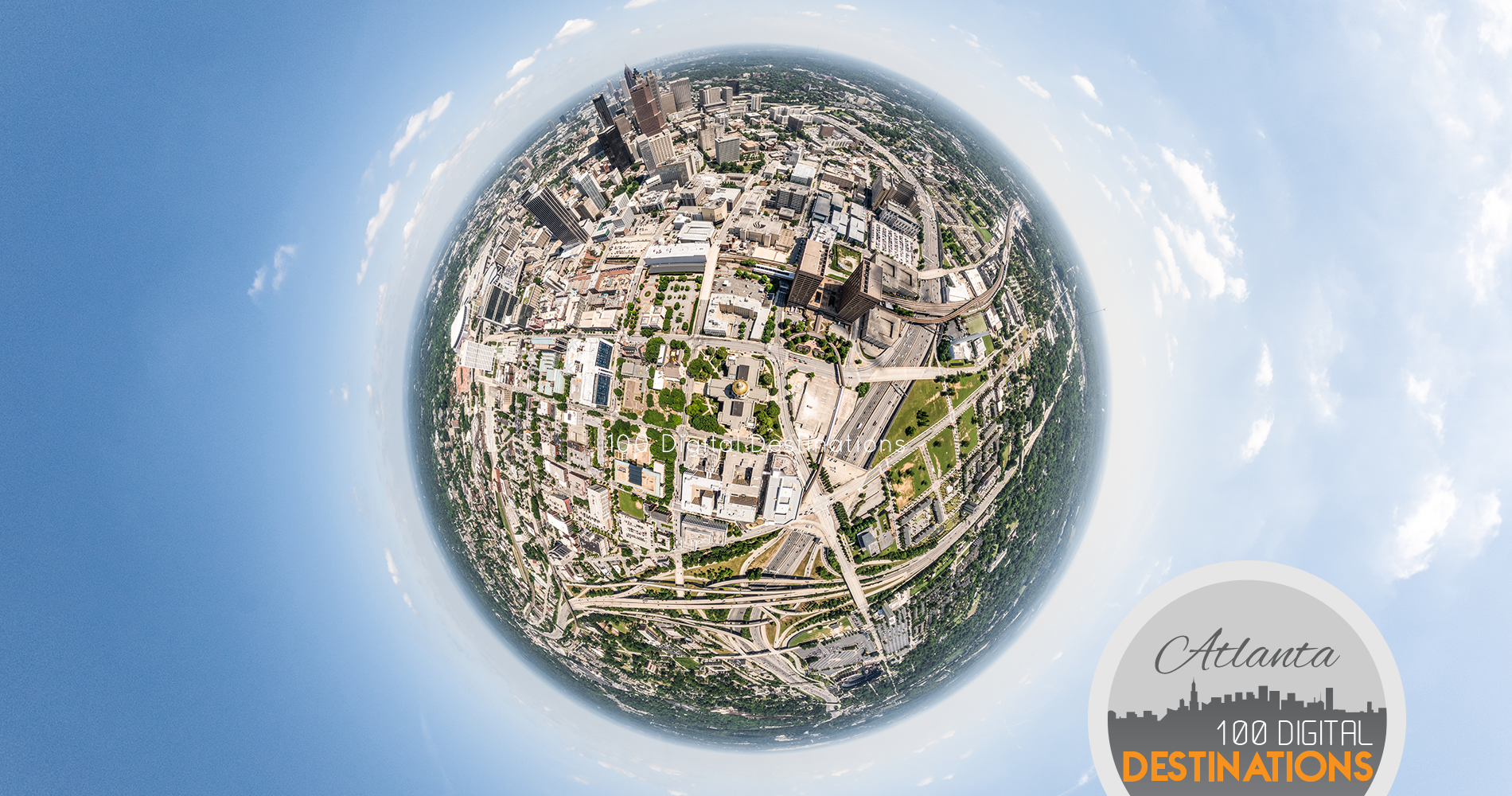 The aerial exploration of Atlanta just took its second step with the adding of new three aerial panoramas featuring the central business district and home of the major Atlanta landmarks. How many can you spot? 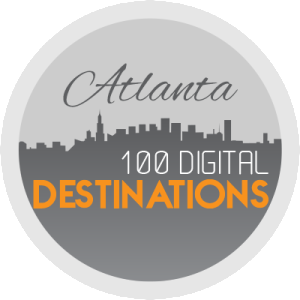 This new addition to the aerial virtual tour of Atlanta, Ga will give you a unique perspective of the many attractions located in Downtown, nearby the Centennial Olympic Park and around the financial district.

The aerial exploration of Downtown starts from the southern boundary, just above the golden dome of the Georgia State Capitol, main office building of Georgia’s government. A visitors’ galleries and a museum are located on the 4th floor of this building that has been named a National Historic Landmark and is listed on the National Register of Historic Places. 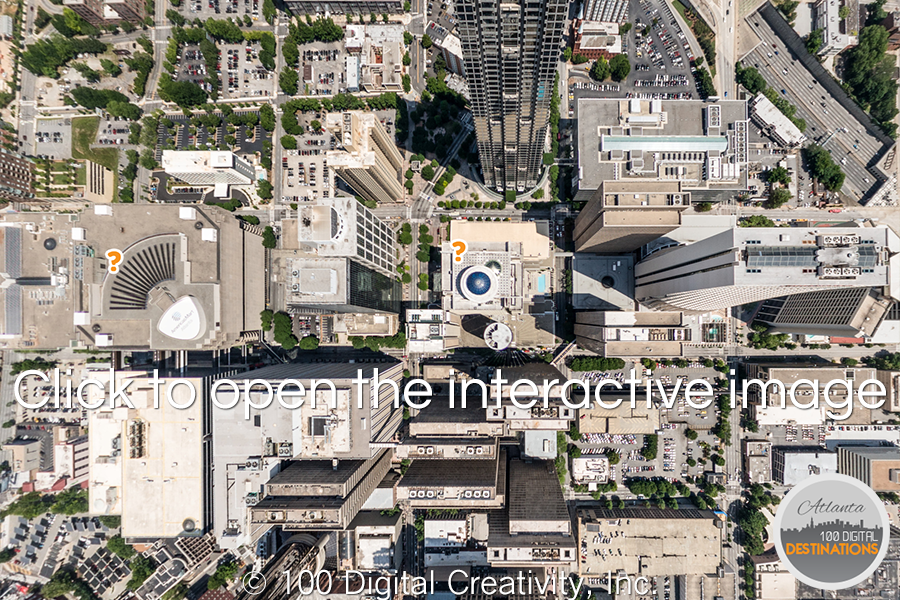 The skyline of Atlanta Downtown was once dominated by the unique shape of the Regency Hyatt House, John C. Portman, Jr.’s revolutionary hotel and Polaris, the revolving restaurant under the blue dome. A multitude of offices host several headquarters of small to large companies. 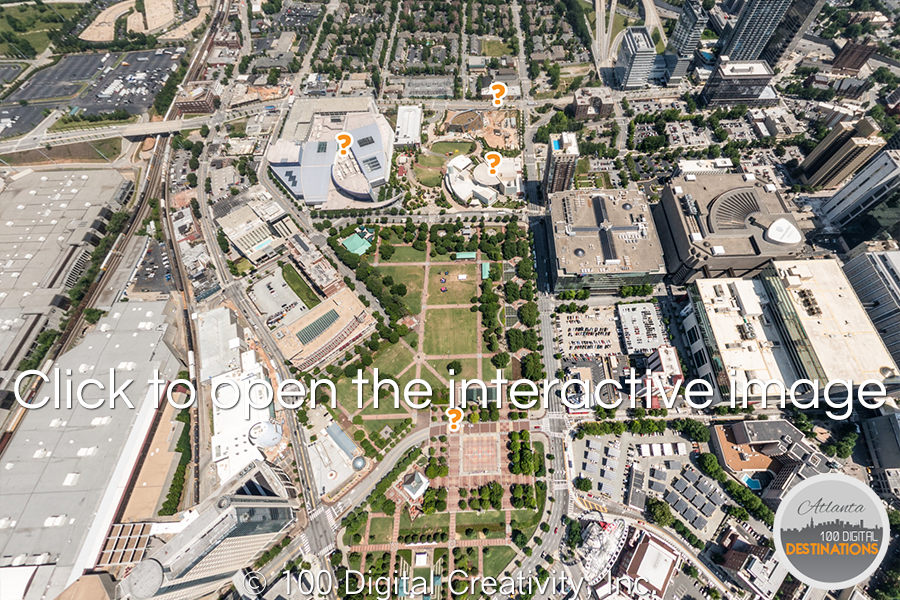 The Centennial Olympic Park is surrounded by many major Atlanta landmarks such as the Georgia World Congress Center, Georgia Dome, Philips Arena, the CNN Center, the Georgia Aquarium and the World of Coca-Cola. A recent addition of the Park is the National Center for Civil & Human Rights, that will open tomorrow, 06/23/2014.