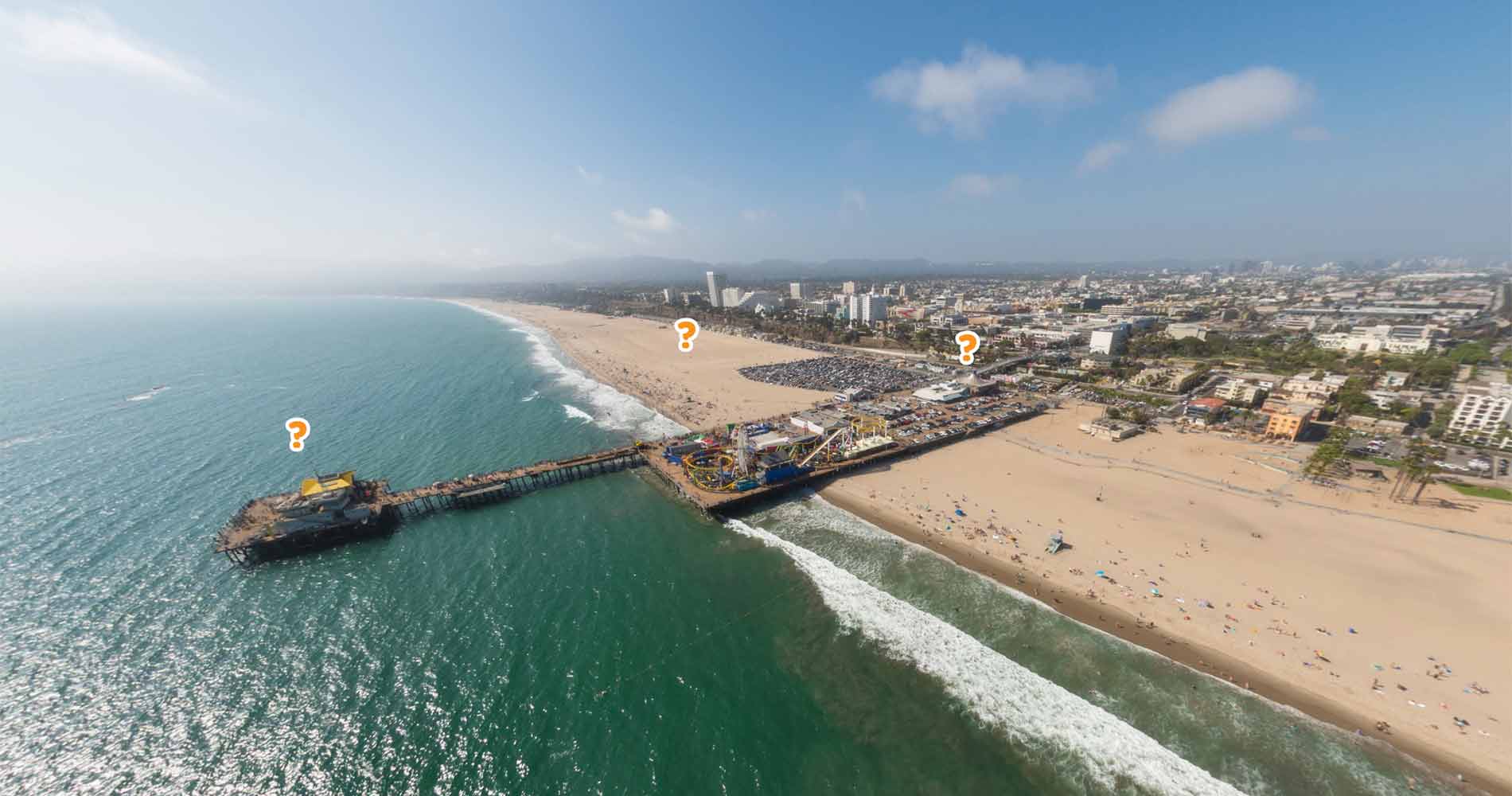 Los Angeles is one of the dream cities for millions of people that have watched american movies. The Greater Los Angeles include several independent communities with a population of over 13 millions people.

As one of the biggest communities in the World it’s easy to get overwhelmed by this megalopolis that offers a multitude of different destinations.

Our Aerial Interactive Tour would like to give you the ability to discover the LAX International Airport, Venice, Santa Monica, Beverly Hills, Hollywood Burbank, L.A. Downtown and Torrance.

We invite you to explore Los Angeles with our aerial interactive tour, checking the different landmarks and areas of the city.